Pamela (Pam) Tuck Coppersmith, age 75, of Thomaston, passed away February 28, 2021, at Providence Healthcare in Thomaston. She was born February 24, 1946, in Milwaukee, WI. Pam worked at Wal-mart in Thomaston for several years. She enjoyed sewing and arts and crafts.

She was preceded in death by her husband Philip W. Coppersmith, Sr., son and daughter-in-law Chuck and Angie Coppersmith, brother David, and sister Marie.

A family memorial service is being planned and will be held at a later date.
Posted by WTGA AM & FM at 4:43 PM 0 comments

Mr. Goins was born in Columbus on July 29, 1939, the son of the late J. E. and Mary Hand Goins. He and his family moved to Thomaston in 1966 and he was employed as an operator for Southern Natural Gas. He and his wife also operated the Country Heart Collections for nine years, where he served as chief operating officer.

Mr. Goins was a member of the First Baptist Church and served as a Deacon. He was also the maintenance supervisor for the church.

The family will hold a private service at a later date.

Fletcher-Day Funeral Home is in charge of arrangements. Condolences and remembrances may be expressed at www.fletcherdayfuneralhome.com 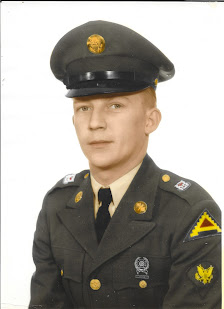 Mr. Roughton Jr. was born on August 29, 1941, in Norfolk, VA, to the late Mary Benton Fox. He retired after 20 years of serving his country in the U.S. Army, and fought in the Vietnam War. He is preceded in death by his mother.

Survivors include his sisters, Mary Ann Roughton, Carol Ussery and Linda Faye Booth all of Thomaston.

It was Mr. Hilton's wishes to be cremated.
Coggins Funeral Home
Posted by WTGA AM & FM at 1:37 PM 0 comments

Mrs. Worsham was born on July 20, 1933, in Leslie, GA, to the late Loomis E. and Vera Wallace Deavours. At the age of 10 she was baptized at Leslie Baptist Church. She graduated in 1950 from Union High School in Leslie, GA. Mrs. June attended Georgia Southwestern College in Americus, GA for one year, then transferred to Bessie Tift College in 1951 and received a degree in General Science with a Biology major in 1954. On December 19, 1954, she married Grover C. Worsham Jr. in the Leslie Baptist Church, a marriage that lasted 61 and 1/2 years. She taught science in public schools for 30 years; 5 years at Yatesville High, and 24 years at R.E. Lee Institute and one year at another school system. She was a member of the First United Methodist Church of Thomaston, the UMW, Fellowship Class and served in various positions on committees of the church. Mrs. Worsham was very active in her church, with the Samaritan's Purse Shoe-box Christmas Ministry and an avid Peanut's collector, who traveled around the state doing programs with civic groups and church groups about the Peanut's cartoon and Charles Schulz.

Mr. Chambley was born on September 14, 1937 to the late Alvah Chambley and the late Ruby Teal Chambley. He was formerly employed with Warner Robins Air Force Base where he worked as an Aircraft Mechanic for 30 plus years and retired from Timco after 20 years. Mr. Chambley was a Mason. He served his country in The United States Air Force.

In addition to his parents he is preceded in death by his wife Sandra Jean Chambley and brothers Charlie Chambley, Allen Dean "Deelum" Chambley and Rhodon Chambley.

Coggins Funeral Home is in charge of arrangements.
Posted by WTGA AM & FM at 11:55 AM 0 comments

Mr. Daniel was born on July 14, 1957 in New Orleans, LA to Earnest James Daniel Sr. and the late Betty Cammack Daniel. He worked for Interfor as the Head Electrician, and was a member of Smyrna Baptist Church. In addition to his mother he is preceded in death by his step-mother, Janelle Daniel, and sister, Diana Weaver.

Mrs. York was born on October 21, 1935 in Pike County, to the late Malcolm C Ragan, and the late Mary Weatherly Ragan. She retired from the William Carter Company and was a member of Jeff Davis Baptist Church. In addition to her parents she is preceded in death by her husband, Warren C. York, brothers, Douglas Ragan, Stanley Ragan, and sister, Dorothy Reeves.

Mrs. Boyt was born on December 15, 1945 in Thomaston Ga, to the late Edward Lowe and the late Lillian Birdsong Lowe. She was formerly employed with 1888 Mills and Sherilynn where she was the Supervisor over the Sewing Department. Mrs. Boyt was a member of Lighthouse Pentecostal Church. In addition to her parents she is preceded in death by her husband Elmo Boyt, grandson Chais Boyt and numerous siblings.

Graveside service will be held on Wednesday, February 24th. at 11:00 A.M. at Southview Cemetery

Trice Funeral Home is in charge of all arrangements.
Posted by WTGA AM & FM at 11:38 AM 0 comments