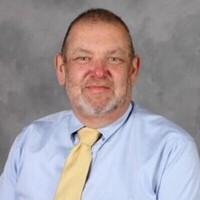 Tim was born to the late Bobby Zellner and Cheryl C. Zellner. He grew up in Barnesville and graduated from Lamar County Comprehensive High School. He worked at Giant Mart in both Barnesville and Zebulon for 15 years. With a passion for children and coaching, Tim went back to school, earning degrees from Gordon College and Mercer University before starting his career in education in the Pike County school system. He started as a paraprofessional at Pike County High School before teaching at Pike County Middle School. Tim coached football, wrestling, and baseball at the high school level where he would become known affectionately as “Coach Z.” He would eventually stop coaching sports but wanted to keep coaching children in life. Tim would earn his Masters in Counseling from Liberty University and eventually served as a school counselor at the Pike County High School, Ninth Grade Academy and Middle School.

Tim was a life-long member of Calvary Baptist Church in Barnesville, where he currently served as a men’s Sunday School teacher, sound system technician and was chairman of the Deacons, a position his father once held. Tim loved all things Disney, yardwork, growing vegetables and cooking. He was famous for his wonderful coconut cakes.

He was preceded in death by his father, Bobby Zellner, his PawPaw Eugene “Pete” Blackmon, his MawMaw Sybil Blackmon and great-niece, Abigail Thomas.

A memorial service will be held on Saturday, November 26, at 11 a.m. at Christ Chapel, 68 Old Zebulon Road, Zebulon. Pastors Billy Smith and Allen Newman will officiate.

In lieu of flowers, monetary donations can be made in Tim’s honor to Calvary Baptist Church of Barnesville at 640 Rose Avenue, Barnesville, Ga. 30204.Moody-Daniel Funeral Home prior to the service.