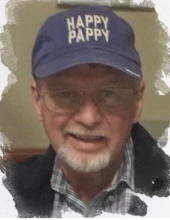 Memorial services for Mr. Presley will be announced later by Fletcher-Day Funeral Home.

Mr. Presley was born in Spalding County, Georgia, on October 26, 1948, a son of the late Otis Presley and Frances Chambley Presley. He was employed in the supply room of Thomaston Mills as a supervisor. He was later employed with the Georgia Department of Transportation and retired as a construction project manager. Dannis was a Scout Master for Troop 26 and a member of the Lions Club. As an avid outdoorsman, he enjoyed hiking and camping. He loved his family very much, especially his children and grandchildren. Mr. Presley was a member of Mountain View Baptist Church.

Those desiring may make memorial contributions to Samaritans Purse.

Fletcher-Day Funeral Home of Thomaston is in charge of all arrangements. Condolences and remembrances may be expressed www.fletcherdayfuneralhome.com