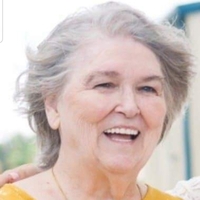 Betty was born on June 6, 1947, to the late Henry and Mamie Sherrill. She grew up in Louisiana where she was wed to Charles Michel, Sr. The couple had three sons and one daughter. Betty worked as an accountant for more 20 years until her eventual retirement. Betty was a longtime member of Holy Rosary Catholic Church in St. Amant, LA.

Over the years, Betty and her children resided in many places including Louisiana, Georgia, Texas and Montana.  She had a gypsy soul and enjoyed a fresh start in a new place. Betty had a knack for sewing and crocheting. She was a fan of Elvis, James Dean and Marilyn Monroe. She had a heart for animals and couldn’t turn away a stray, even it was a opossum (Harry). Betty was caring and giving. She was a friend to many and a hand-up for those seeking refuge. Betty had a natural tendency to mother those in her life. She put others before herself and was an ally to those who needed her without judgement. Betty will be remembered for her giving heart and loving spirit. ­­

Along with her parents, Betty was preceded in death by her husband: Charles Gilbert Michel, Sr.; brother: Jimmie Sherrill; canine companion: Bailey.

A memorial service will be held in Betty’s honor in the Spring of 2023 in Arcadia, LA. The Michel family is being assisted by Moody-Daniel Funeral Home.