Mr. Shannon Tyler age 50 of Barnesville Ga., passed away Saturday September 18, 2021 at Upson Regional Medical Center. The family will have a private service at a later date. 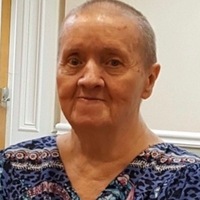 Ms. Gladys Annette Lynch, age 79, of Pike County, passed away September 17, 2021, at Brightmoor Nursing Center in Griffin. Gladys was born in Concord, daughter of the late Charles Edward Lynch and Ethel Lee Tapley Lynch. She had a wonderful sense of humor and enjoyed making people laugh. She liked to read her Bible, paint, work crossword puzzles and put puzzles together. More than anything else, Gladys loved her family with all her heart and enjoyed spending time with them.

In addition to her parents, she was preceded in death by her brother Lynwood Lynch, her sister Cathy Lynch, and her sister-in-law Brenda Lynch.

She is survived by her daughter and son-in-law: Dolanda (DeDe) and Greg Speights of Griffin; granddaughters: Ashley Speights and Kaylyn Speights; brothers, sisters and their spouses: Doug and Linda Lynch of Zebulon, Patsy and Joe Mangham of Zebulon, and Dennis Lynch of Williamson; sister-in-law: Bobbie Lynch of Concord; many nieces and nephews.

Funeral services will be held on Sunday, September 19, at 3:00 p.m. in the chapel of Moody-Daniel Funeral Home. Burial will follow in Magnolia Cemetery in Concord. 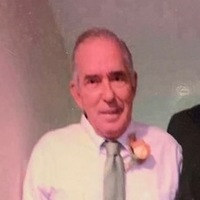 Mr. Nelson was born on February 23, 1945 in Thomaston Ga., to the late Paul Nelson and the late Mae Belle Nelson. He was formerly employed with Martha Mills where he worked as a supervisor for many years and later worked for Tire and Auto Master. Mr. Nelson served his country in the U.S. Navy and was a Mason. In addition to his parents he is preceded in death by his wife Marsha Nixon Nelson. 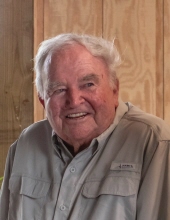 Fletcher-Day Funeral Home of Thomaston is in charge of all arrangements. Condolences and remembrances may be expressed at fletcherdayfuneralhome.com.
Posted by Danny Bishop at 4:40 PM 0 comments

Ms. Cherie Usry, age 59, of Thomaston, died Wednesday, September 15, 2021, at her residence.
Funeral arrangements for Ms. Usry will be announced later by Fletcher-Day Funeral Home.
Condolences and remembrances may be expressed at fletcherdayfuneralhome.com.
Posted by Danny Bishop at 4:30 PM 0 comments 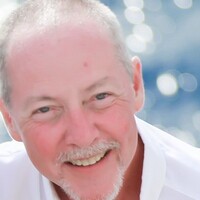 Keith was born on January 11, 1957 in Thomaston GA. He owned Boyt’s Radio Service for 29 years before retiring to pursue his hobbies of woodworking and gardening. Keith was preceded in death by his mother, Margaret Benton Boyt.

Survivors include his wife, Myra Stephens Boyt, one son, Cody Austin Boyt, one daughter, Ashley Boyt Ledbetter and her husband, Cody Ledbetter, and one grandson, Tucker Lewis Boyt, and his mother-in-law, Shirley Stephens Johnson and her husband Eugene Johnson. Keith is also survived by his nieces and nephews and their families, Kristen Slaton (children Makenzi and Kaleb), Brittney McElhenney, Jamey and Chelsea McElhenney (children Riley, Kayden, Tucker, and Jackson), Ashton and Jennifer McElhenney (children Asher and Ace), and Stephen and Hayden Sample (children Haeleigh and Swayzie).

Jennifer was born in Thomaston, GA on November 13, 1976 to the late Ronald David Britt and Sheila Woodson Britt. She worked at Southern Crescent Technical Collage since October 2005 where she held the position of Student Affairs Specialist. She had earned and Associates Degree from Flint River Technical College in Administrative Office Technology and an Associates Degree from Central Georgia Technical College in Computer Support Specialist. She was only 2 quarters from finishing her Bachelors Degree in Business Administration with a Minor in Information Technology from Middle Georgia State College.

Her favorite pastimes included, golfing with her mother at Jekyll Island, trips to the beach, and a trip of a lifetime to Ireland. She loved her family and friends, made you laugh with her wit and you never knew what might come out, always made you feel welcome. Loved her coworkers as well. In addition to her father she was preceded in death by her maternal grandparents, Tony and Shirley McCard and her paternal grandparents Curtis "Red" and Bonnie Brannon Britt. 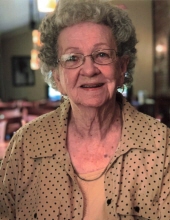 Mrs. Christine Shumate Bailey, 94, of Thomaston, died Tuesday, September 14, 2021, at her residence.
Funeral services for Mrs. Bailey will be held Thursday, September 16 at 2:00 PM in the chapel of Fletcher-Day Funeral Home. Dr. Derrick Keeter will officiate and interment will follow in Upson Memorial Gardens. The family will receive friends at Fletcher-Day Funeral Home on Thursday from 1:00 until the funeral hour.
Mrs. Bailey was born October 14, 1926, in Thomaston to the late Talmadge Evan Shumate and Pearl Mae Smith Shumate. She retired from Thomaston Mills Bleachery Division in 1988. Mrs. Bailey was an avid Atlanta Braves fan. She loved to travel, and she had many telephone friends. Mrs. Bailey was a member of Fellowship Baptist Church.

Mrs. Bailey was preceded in death by her husband, Joel Bailey; a sister, Carolyn Edmondson; and a brother, William Harrison Shumate.
Survivors include her sons: David Robert (Patsy) Bailey of Thomaston, GA, and Reginald Mark (Judy) Bailey of Lawrenceville, GA; a granddaughter, Barbie (Jimmy) Hill of Thomaston; and two great grandchildren: Jessi Hill and Matt (Ashlyn Raybon) Hill, both of Thomaston. Several nieces and nephews also survive.
Fletcher-Day Funeral Home is in charge of all arrangements. Condolences and remembrances may be expressed at fletcherdayfuneralhome.com.
Posted by Danny Bishop at 3:10 PM 0 comments 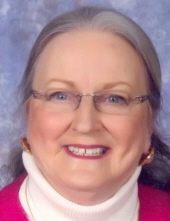 Mrs. Myris Alsobrook Kelly, 82, of Thomaston, died Tuesday, September 14, 2021, at her residence.
Arrangements will be announced later.
Mrs. Kelly was born in Thomaston on December 15, 1938, to the late Robert L. "Bob" Alsobrook and Maudell Kersey Alsobrook. She was a graduate of R. E. Lee Institute and was retired from Thomaston Mills where she worked in the data processing center. She and her husband, Ed Kelly, later owned and operated the Tara Hallmark Shops in Thomaston, Barnesville, and Griffin., Mrs. Kelly was a member of the First Baptist Church of Thomaston.
Fletcher-Day Funeral Home of Thomaston is in charge of all arrangements. Condolences and remembrances may be expressed at fletcherdayfuneralhome.com.
Posted by Danny Bishop at 2:24 PM 0 comments 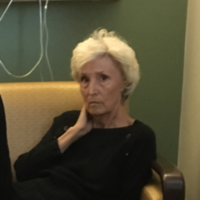 Mrs. Royal was born on February 24, 1945 in Griffin, Georgia, to the late Erbie Goins, and the late Eva Bennett Goins. She worked as an Administrative Secretary for the William Carter Company were she retired after 43 years of service, and was a member of Jeff Davis Baptist Church. Her favorite pastimes included cruises, trips to the beach, growing beautiful flowers in her yard, and cooking special dishes for family and friends. She especially enjoyed time spent with her daughter whether it was a shopping trip, eating out, riding around or just hanging out at Monica's house. She collected a very large array of Snow Babies that have always been displayed beautifully in her home. She loved and enjoyed a long time fur companion, a cat named scoop. In addition to her parents she is preceded in death by her brothers, David Lamar Goins, and Roy Edward Goins, sister, Mary Grace Goins.

A special thanks to Mrs. Martha's caregivers, Tennie Hobbs, Margaret Thornton, Jennifer Lowe, Mary Green, and everyone at Thomaston Hospice. 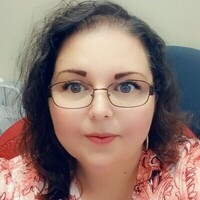 Ms. Lisa Jenean Anthony Kohan, age 51, of Zebulon, passed away on September 12, 2021, at Navicent Health in Macon. She grew up in Woodbury, daughter of the late Henry Edgar Anthony and Mary Zearl Reeves Lewis. Lisa was a coder and auditor for Navicent Health. She was an amazing Mother and Punkin who was beautiful (internally and externally). Lisa was very caring, strong, independent, quick witted and could think on her feet. She loved to watch crime shows and was famous for saying “I love you more than pudding and Dr. Pepper.”

In addition to her parents, she was preceded in death by her niece, Jessica Paige Young.

She is survived by her daughters and a son-in-law: Maci and Corey White of McDonough, and Amberlee Kohan of Zebulon; son: Aiden Kohan of Zebulon; grandchildren: Alyssa White, Raelyn Ingersoll, and twins Caylie and Kennedy White; sisters and a brother-in-law: Rhonda Camp of Mill Valley, CA, Tina Kelley of McDonough, and Darlene and Mike Gooding of Byron; brother: Eddie Anthony of Manchester; several nieces and nephews. 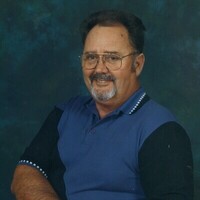 Mr. Dorsey Wayne Chastain, age 74, of Griffin, in Pike County, passed away September 12, 2021, at Eternal Hope Hospice in Griffin. He was born in Thomaston, son of the late Dorsey R. Chastain and Pauline Passmore Chastain. He graduated from R. E. Lee Institute in 1965. Wayne worked for Georgia Power for 42 years before retiring as a Journey Lineman. He loved to watch college football and was an avid Alabama fan. He enjoyed fishing, hunting and going to the lake.

In addition to his parents, he was preceded in death by his brother, Danny Chastain.

He is survived by his wife of 56 years: Dianne Adams Chastain; daughters and sons-in-law: Anita and Scott Sprayberry of Milner, Angie and Darrin Sandefur of Zebulon and Pam Williams of Pike County; grandchildren: Dustin Sprayberry, Amanda and Josh Creswell, Carlie and Joshua Fratt, and Adrianna Sandefur; great-grandchildren: Atticus Creswell and Josie Rose Creswell; sister and brother-in-law: Lavada and Ben Owens of Lawrenceville; and several nieces and nephews.

Friends may visit the family on Wednesday, September 15, 10 a.m. to 11 a.m., at the funeral home. Funeral services will follow at 11 a.m., in the chapel of Moody-Daniel Funeral Home with Chaplain Winfred Dixson and Rev. Jim Hardee officiating.