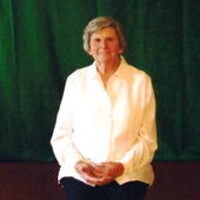 Her children arise up, and call her blessed.

Martha was born on August 18, 1930, to the late Forman and Laura Coventry. She was a lifelong resident of Pike County. She was the proud mother of 7 children. She was blessed to have two loving husbands over the years: Harold Sandefur, until his passing in 1978 and Edwin Williams for 14 years until his passing.  Martha was a seamstress for more than 30 years working for Carter’s and Sherri Lynn. She was a longtime member of Pine Mountain Nazarene Church. She also taught Sunday school for many years.

Martha was a strong-willed lady with deep Christian faith. She was known to care for everyone else around her. Her home was open to neighborhood children who would come for love, healing, advice and a good meal. She didn’t know a stranger and consistently put others before herself. Martha was a caring and wonderful mother, Grandma/Memaw and sister. She will be remembered by her kind heart and her strong love for Jesus.

A graveside service will be held at 4 PM on Sunday, November 27th at Fincher Memorial Cemetery in Meansville. Friends may visit the family between 2 PM and 3:30 PM at Moody-Daniel Funeral Home prior to the service.